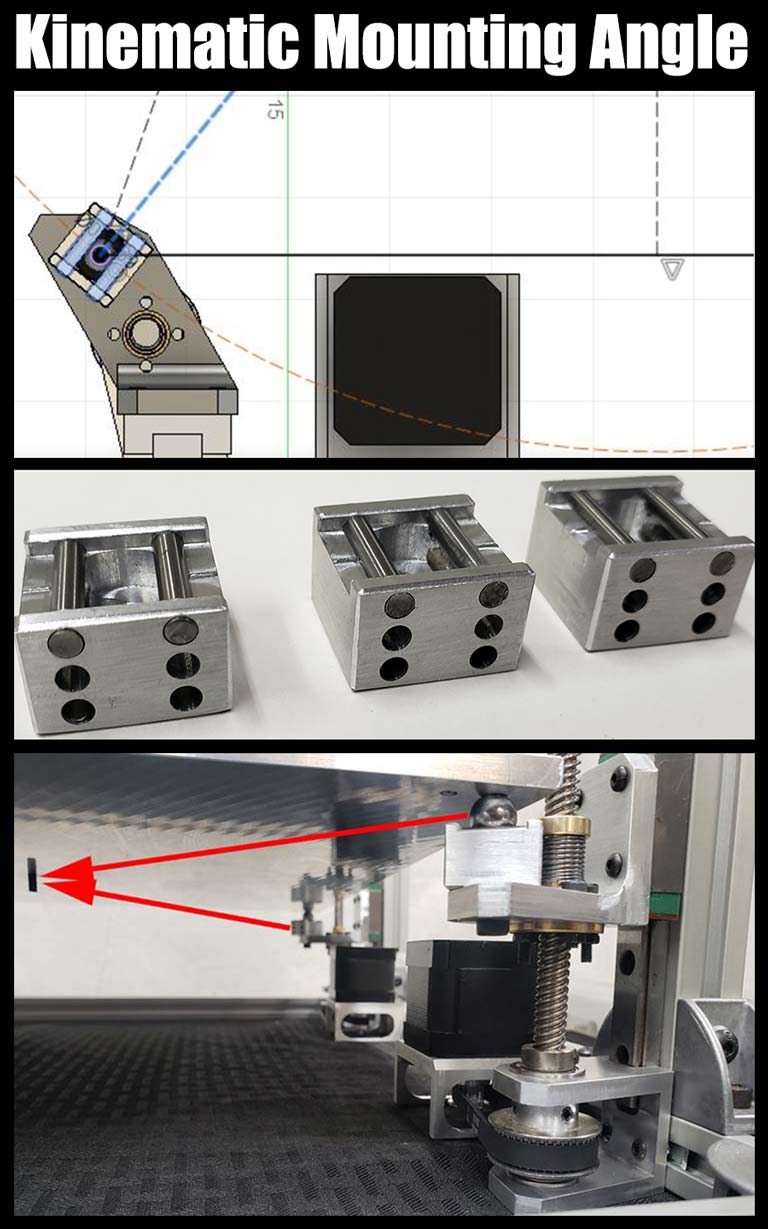 While this write up is still a work in progress as I continue to research kinematic mounting and the math used to find the angle that properly constrains the bed to allow for thermal expansion.

This is the documented details of how the SolidCore kinematic mounting system should work.

So comment or correct me if I’m wrong on some of the math involved. 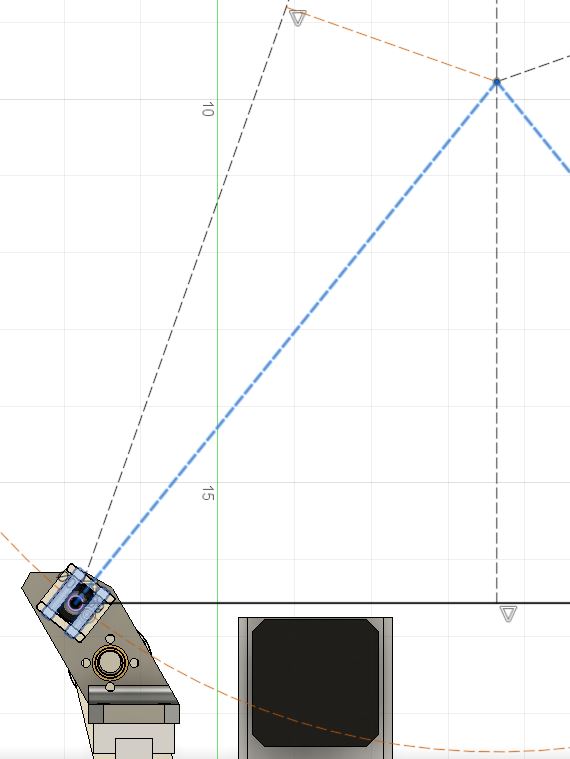 The alignment of the dowel pin angles are designed to lock down or constrain all directions of movement, preventing the bed from moving up and down. Some say that the exact angle isn’t critical and that a +- 10 deg error can still provide a sufficient mounting constraint. 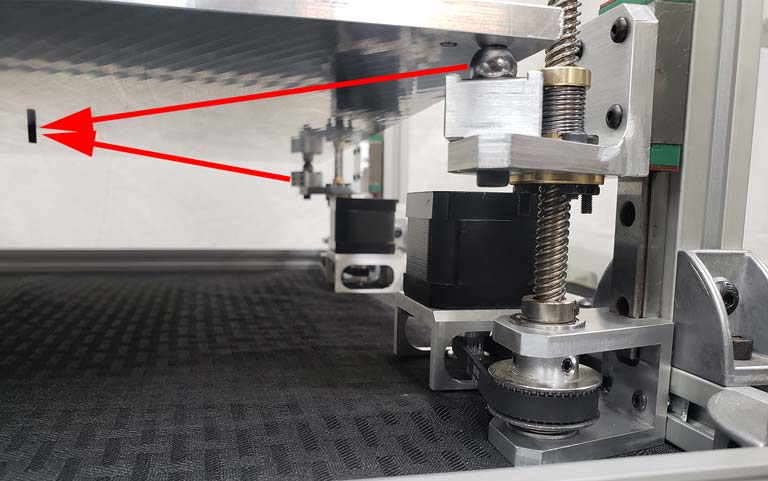 The steel ball should mount to each point of contact to have its direction of movement splitting the difference between the other two mount points and allow for consistent thermal expansion in the X and Y directions. 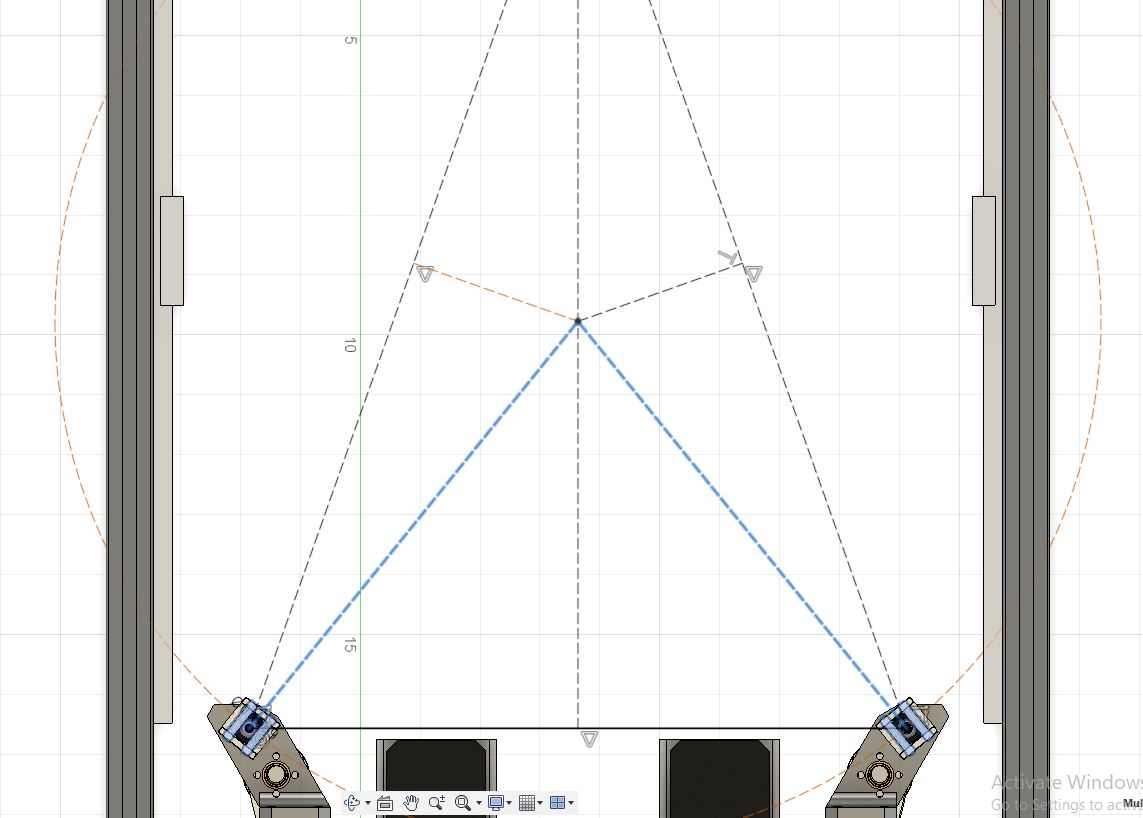 At first glance many may assume that the kinematic couplings point to a 120 degree intersection but the angle needs to bisect the angles formed by the 3 points or the bed will be off balance causing the bed to rock up and down or unmount when pressure is applied.

To get the kinematic coupling angle correct to compensate for thermal expansion of the bed the dowel pins of the z-bracket form an isosceles or make the two line segments of each joint parallel to each other so that the steel ball is able to move freely back and forth without restrictions or changing height in order to allow for thermal expansion.

The angle formed by the centerline of the two dowel pins, is the bisection of the angle joining the three steel balls. Aim to have the ball to be at the center of the steel balls.

Rotate the kinematic coupling so that the center aligns with the bisecting angles.

Bisect The Angles Formed By The 3-points

Rotate the kinematic coupling so that the center aligns with the bisecting angles.